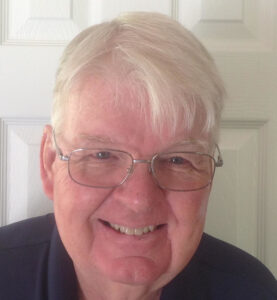 Cooper, originally from Ipswitch, Massachusetts, has had a lifelong interest in radios and electronics, beginning with listening to shortwave radio on his grandmother’s wood cabinet floor model vacuum tube radio.  Cooper progressed into being in Citizens Band radio, then obtained his first amateur radio license in the late 1970’s with the callsign KA1GKY, and currently holds a General class license with the callsign K1CHC.   Cooper started an ARES group in his local area to support emergency communications for his local police department, and for his work with this ARES group, Cooper received an ARRL Emergency Communications Commendation from the ARRL Eastern Massachusetts Section for “Extraordinary Performance and Integration of ARES into Public Safety Operations”.

Cooper in his professional career, served in the Ipswich Police Department from 1973 until 2006, as a police officer, detective, and Director of Emergency Management for the last five years of his career.