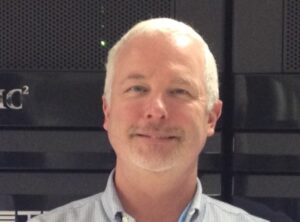 Chance was first licensed as Novice class in 1972, at the age of twelve, after being introduced to amateur radio by his uncle Bob W9PSE when he was only eight years old.  Chance upgraded to General class in 1974, after passing a 13 word per minute Morse code exam, and received the callsign WB9KWS.  (To upgrade to General class before April 15, 2000, passing a 13 word per minute Morse code exam was required.)  Chance is a member of the Florida Contest Group, a past member of the Society of Midwest Contesters, and one of the founders of the Innovations in DX and Contesting which operates with the callsign W9VW.  Chance has extensive experience in emergency communications. In 2000, Chance became a member of SEMA (State of Indiana Emergency Management) which after September 11th, 2001 became the Indiana Department of Homeland Security (IDHS). Chance during this time supported IDHS with amateur radio communications via HF and various repeaters.

In 2015, Chance relocated from the Indianapolis, Indiana area to Charlotte County.  It was after relocating, that Chance began to research Winlink and “Winlink like” systems for use in emergency communications.  Chance has served in Charlotte County ARES for several years.

Chance in his professional career worked for Dell-EMC as a Software System Architect and Engineer developing new software and processes to analyze existing compute and storage systems to assist the solution architects in the field to design new solutions.  Chance graduated from Indiana University–Purdue University Indianapolis in 1982 with a degree in Electrical Engineering, specializing in analog and digital systems designs.