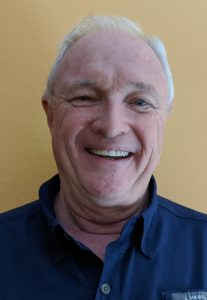 First licensed in 1982 as KB4BPP, has been involved in the technical side of amateur radio since being licensed.  During this time Wizeman helped with the installation of the first digipeater in Lake Wales and built from kit form an early version of the original TAPR TNC for packet radio and even used packet radio to send and receive DOS program source code as text files via packet radio, an advanced feature for the time.  Today Wizeman’s interests in amateur radio include working with Windows and particularly Linux programming, doing projects with the Raspberry PI computer, kit building, wire antenna design,and computer repair.  Wizeman is active with the Sarasota Emergency Radio Club, the SERC Annual Hamfest, and maintaining the SERC Facebook page.

Wizeman in his professional career had previously worked for Heathkit in Tampa in the early to mid 1980’s , doing stand up comedy in the 1990’s and in Information Technology, and more recently as a Christian school teacher and working in Information Technology for the Christian school he taught in and currently working in IT for Saraota County Board of County Commissioners.  Wizeman’s other interests include being involved in his church ministry and spending time with his wife Nancy and his children Hanna and Daniel.

Darrell Davis KT4WX, Section Manager of the ARRL West Central Florida Section had the following to say about Wizeman’s appointment, “Burt will make an excellent Net Manager for the WCF Section Technical Net.  Burt is really good with people and has a real good technical background, a very effective combination especially on the Tech Net.  I also want to take this opportunity to thank Phil Wilson N8IPS for filling in as an ‘interim net manager’ unofficially until Burt was appointed as Net Manager.”