NORM FUSARO W3IZ TO BE THE ARRL REPRESENTATIVE AT THE 2019 TAMPA BAY HAMFEST. 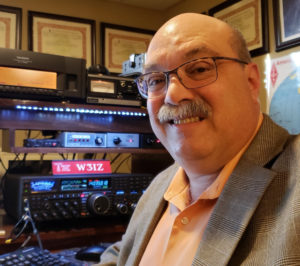 Fusaro is the Director of Operations at ARRL Headquarters and is responsible for the programs and services that create value for members of the ARRL. These programs include; DXCC and awards; LoTW; ARRL Lab and Technical Information Service; W1AW; QST and publications; ARES and Emergency Preparedness; Affiliated Clubs and Field Services; Regulatory Information; and VEC license exams. In addition to his work at HQ, Fusaro works with other IARU societies promoting on-the air activity.  Fusaro has been a licensed Amateur since 1984, is now an Extra class operator, and enjoys contesting and DXing and casual operating on the HF bands. Before joining the staff at ARRL Headquarters, Fusaro had taught many Amateur Radio licensing classes and has mentored dozens of hams.  Fusaro is originally from Pennsylvania and grew up in Philadelphia and the surrounding suburbs. He and his wife Debbie, W3DAF now reside in Bristol, CT.