Mike Drenkhahn N2JHW, who lived in the Lake Wales area, became a Silent Key on Wednesday May 13, 2015, following a tragic accident while riding his motorcycle.  He was 66 years old.  Mike was a member of the Lake Wales Radio Amateurs (LWRA) and active on the 147.330 MHz K4LKW Repeater.  Mike had been a professional and volunteer firefighter.  Mike was also involved in the Christian Motorcycle Association, and was also involved in his church ministry as well at the time of his passing.

Mike is survived by his wife, daughter and her husband, two brothers, four grandchildren, and one great-grandchild.  As of press time, a memorial service is being planned at a later date. 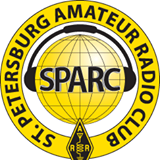