Due to minor corrections and a few articles that came in at the last minute, a revised edition of Issue 59 for May/June 2021 has been uploaded to the Section website and is available for download.

We are shifting the publication dates for the WCF PRESSER starting with the July WCF PRESSER.  It will be similar to the dissemination timeframe for QST.  The new target date for publication will be on the 20th of the month preceding the month of the issue. For example, the July issue will be around June 20th.  This will allow the timely reception and inclusion of any news or announcements of upcoming events that are received from monthly club or group newsletters.

The online forms on the ARRL West Central Florida Section website that have been not been operating properly, have been completely replaced and are now fully functional.  Darrell Davis KT4WX, Assistant Section Manager for Technology, had the following comments on the new website forms, “All the problems with our online forms began last December with an upgrade to WordPress, and finally stop functioning completely just recently.  A new forms plugin has been installed, and all the forms had to recreated from scratch.  All the forms on the Section website are now fully functional.  They will give you a brief on screen confirmation and an email confirmation shortly afterward as they did before.”

Some minor adjustments will need to be made in the next few days on the back end. If you are an ARRL Station Appointee, please go ahead and do your monthly reports. If there are any issues with any of the forms, please contact Darrell Davis KT4WX at kt4wx@arrl.net and explain any issues you may be having, so any problems may be corrected.

The WCF PRESSER Issue #59 for May/June 2021, has been published on the Section website.  An announcement of the publication of the WCF PRESSER will be disseminated on the ARRL remailer shortly. If anyone has any information that is amateur radio related that you would like to go into the next issue of THE WCF PRESSER, please send that to our newsletter editor, Jim Weslager K3WR via email at weslager@gmail.com. 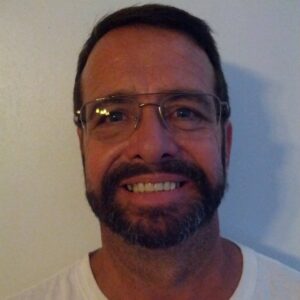 On Tuesday May 4, 2021, Mike Douglas W4MDD, Section Manager of the ARRL West Central Florida Section, appointed Norman Xanders WX4NEX to be the new Section Emergency Coordinator for the ARRL West Central Florida Section.  Xanders succeeds Ben Henley KI4IGX, who had been Section Emergency Coordinator since January 2015 and has been in poor health recently.

Xanders was originally licensed in late 2016. Xanders has been a storm chaser for over 20 years here in central Florida, specifically in Polk County. One day Xanders got the RadarScope app for his smartphone and was looking at other Spotters on the map and saw some with call signs, inquired into it, and found out they were part of a Skywarn Net. This is where Xanders began his amateur radio journey. Since becoming licensed, Xanders has volunteered extensively for Polk County ARES as a net control operator. Xanders then became an Assistant Net Manager, and then Net Manager for the Polk County ARES Net. In 2019, Xanders became the Assistant Emergency Coordinator for Operations for Polk County ARES. Xanders also serves as a net control station for the National Weather Service SKYWARN Information Net, which is held on the NI4CE Repeater System every Tuesday at 2100 hours.  Recently, Xanders had been appointed and was serving as an Assistant Section Manager as Liaison to the National Weather Service Office in Ruskin. 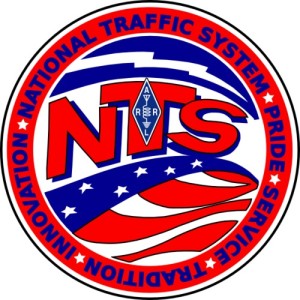 “The Eagle Net, the National Traffic System net for the West Central Florida Section, will be holding a radiogram traffic training net on four consecutive Wednesdays beginning on May 26. The training net will be held at 9:00 P.M. local time or after the conclusion of the Eagle Net. The net roster will be open to 15 stations only. Other stations may listen in and log in as visitors. Roster stations completing the sessions will receive ARRL certificates for the training. If you are interested send your name and call sign to w4pxe@arrl.net. Stevie, W4INK, will be the net control and Dave, W4PXE, will conduct the training.

This is an excellent chance to learn more about traffic handling and participate in a formal roll call net.”

As of press time, most of the training slots had already been filled.  However, anyone is free to listen in on the training nets for new or refresher training.  The Eagle Net is conducted daily at 2030 on the NI4CE Repeater System to handle NTS traffic within, into and out of the ARRL West Central Florida Section. 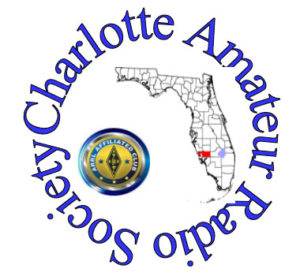 The following statement was issued by the Charlotte Amateur Radio Society in their press release, “We will demonstrate how we can set up at just about any site with our ‘Go Box’ and a portable antenna. We can do this before and after an emergency and get the word out about the need for emergency services and assistance at a site. We can also send health and welfare messages to family out of the area.  Hurricane Season is coming. Please Join us you will be AMAZED! Public is invited.”

For more information on this event, please contact Angelo Drammissi K3YUN via email at adramis164@gmail.com. 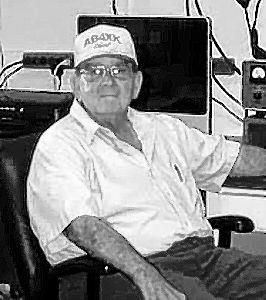 Carruth had been an avid CW operator and traffic handler in the National Traffic System and was originally licensed as an amateur radio operator in the early 1960’s.  Carruth served as the first Section Traffic Manager for the ARRL West Central Florida Section from 2000 through 2004.  Carruth also founded the Eagle Net, the NTS Traffic Net for the ARRL West Central Florida Section in 2001.  Carruth started the Eagle Net on the NI4CE Repeater System, owned and operated by the West Central Florida Group Inc., right after their first repeaters on 145.430 MHz and 442.950 MHz went on the air in 2001, where it still operates today.

Carruth was a veteran of the United States Navy where he served aboard the USS Newport News CA-148 during the Cuban Missile Crisis of 1962.  Carruth operated his own business, Precision Petroleum, installing and serving fuel pumping stations for fuel stations and in the latter part of his career worked for Precision Petroleum until his retirement.  Carruth was a member of the Inman Park Church of Christ.

A celebration of life memorial is being planned and will be announced at a later date. In lieu of flowers anyone wishing to make a donation, should send it to Inman Park Church of Christ 1750 6th Street Winter Haven, FL 33881. 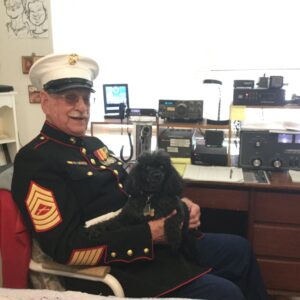 Smith was originally licensed as an amateur radio operator in the 1960’s while serving in the U.S. Marines.  Smith was serving as Vice President of the Lakeland Amateur Radio Club, was a member of Polk County ARES, and participated in multiple public service events that used amateur radio communications every year.

A memorial service will be held, Thursday April 15, 2021 at 1600 at Turkey Creek First Baptist Church, 4915 W. Trapnell Rd. Plant City, FL 33566. Condolences may be sent to the family at Gentry-Morrison Funeral Homes.

The WCF PRESSER Issue #58 for March/April 2021, has been published on the Section website.  An announcement of the publication of the WCF PRESSER will be disseminated on the ARRL remailer shortly. If anyone has any information that is amateur radio related that you would like to go into the next issue of THE WCF PRESSER, please send that to our newsletter editor, Jim Weslager K3WR via email at weslager@gmail.com.

The Spring 2021 ARRL West Central Florida Section ARES Meeting will be held on Saturday April 24, 2021 at 1400 EDT, as a Zoom meeting, instead of a “face to face” meeting due to the continuing COVID-19 situation.  The information to log into the Zoom meeting is located the Section ARES page at : http://arrlwcf.org/wcf-section-programs/ares/

The Zoom meeting will be open for attendees to check in 15 minutes before the meeting is scheduled to start at 1400, to allow participants time to log in and be sure their video and or audio is functioning.  Everyone is welcome to attend the Zoom meeting, but due to the terms of our Zoom account we are limited to a seating of 100.

The Charlotte Amateur Radio Society is planning another simulated emergency communications test on Saturday April 24, 2021 from 1000 through 1300 hours.  The following information below was submitted as a press release by Doug Young KM4LKC:

“This exercise is part of the Charlotte Amateur Radio Society’s long-term multipart educational program to ensure that radio amateurs in our area have a way to grow the skills that may be used in a variety of emergency communications situations. Our April 24th, 2021 exercise is the second in a three-part series that involves a simulated emergency.   This simulated emergency includes a loss of regular emergency communications through telephone, cell phones, and internet services.

The primary objective in this training phase is to quickly establish communication facilities across the County, using no services from any outside organization, and demonstrate that our members can communicate to each other and pass messages between operators county-wide.

The parameters of the drill specify that radio communications may not utilize any repeater services nor any internet services, instead strictly relying on radio-to-radio communications. This amateur radio exercise is designed to test the capabilities of portable stations and to evaluate the usage of specific forms of digital communications as well as voice communications for passing traffic.

We will work primarily on HF frequencies with some operations testing on VHF and UHF communications. The Charlotte Amateur Radio Society will have portable stations located across Charlotte County Florida with stations in Englewood, Murdock, Punta Gorda, and Babcock Ranch Community. Operations begin at 10:00 local time and will conclude at 13:00 local time.

Setting up the four(4) stations will include radios, power systems, antennas, and shelter for the operators at remote locations selected for radio coverage across the county.  Licensed Amateur radio operators from Charlotte County and the directly surrounding counties that are not members of CARS are encouraged to visit the CARS website for information about how they can help on the day of the event from their own radios.  See www.carsfl.org.

If news organizations wish to observe the stations during setup and operations please contact Douglas Young, KM4LKC email to: km4lkc@arrl.net“