Amateur Radio will again be represented at the annual National Hurricane Conference.  The conference theme is to improve hurricane preparedness as it has been in past years. The amateur radio workshop for the 2016 National Hurricane Conference will be held on Tuesday March 22, 2016 from 1330-1700 at the Hilton Orlando, 6001 Destination Parkway, Orlando, FL 32819.  All amateur radio sessions are free of charge. There will be two sessions during the workshop.

To conclude the workshop a question and answer session and door raffle prizes will be offered.  Amateur Radio presentations will be recorded and live streamed. The livestream for 2016 will utilize YouTube for livestreaming purposes.  The livestream links will be as follows: http://www.nsradio.org/stream and http://www.voipwx.net/files/stream.htm

For more information about the National Hurricane Conference you may go to http://hurricanemeeting.com/.  Thanks to Steve Szabo WB4OMM for the information that went into this press release.

Statewide Hurricane Exercise is tentatively scheduled for May 16-19, 2016.  Information on this exercise will be provided through the three Florida Section ARES Section Manager’s and Section Emergency Coordinator’s – and your local served agencies.

All ARES members should contact their local ARES program Emergency Coordinator on how to participate.  The State EOC has requested that individual amateurs are not to contact the State EOC or State Department of Emergency Management concerning the exercise. 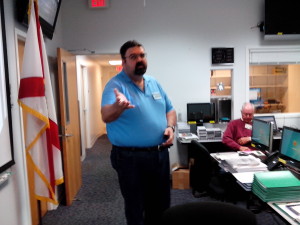 Please remember Ben, his wife, and daughter, in your prayers and thoughts, during this difficult time. 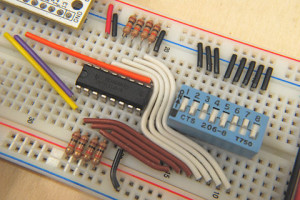 The 2nd Annual West Central Florida Section Technical Conference schedule and list of presentations is now set and our speakers are putting the final touches on their presentations.  The conference schedule, list of presentations, and a list of restaurants and lodging in the local area are now available on the West Central Florid Section Technical Conference page at http://arrlwcf.org/wcf-special-events/wcftechconference/.  The conference will be held Saturday February 27, 2016 at the Hillsborough County Emergency Operations Center at 2711 E. Hanna Av. in Tampa.

On the day of the conference, the conference proceedings and individual presentations will be made available on the Section website download section.  Thanks to the donation of some extra door prizes, two door prizes will be drawn at the end of each hour, most of which are some fantastic ARRL technical publications.  If you are planning on attending and have not done so, please register on the West Central Florida Section Technical Conference page ASAP.

THE WCF EXPERIMENTER – SPRING 2016 – ISSUE HAS JUST BEEN PUBLISHED

The Spring 2016 edition of THE WCF EXPERIMENTER, the Official Technical Newsletter of the ARRL West Central Florida Section has just been published.  You may download the Spring 2016 edition at http://arrlwcf.org/download/wcfexperimenter/WCFExperimenter_2Q2016.pdf.  For all past issues of THE WCF EXPERIMENTER since its reboot a few years ago you may go to http://arrlwcf.org/home/the-wcf-experimenter-technical-newsletter/.

This issue is one of the largest issues published recently thanks to the contribution of some articles by amateur radio operators who reside in the West Central Florida Section.  Geoff Haines N1GY, our Technical Coordinator for the West Central Florida Section is the editor of THE WCF EXPERIMENTER.  The next issue will be the SUMMER 2016 so now is the time to get busy writing an article for the next issue if you have a project or idea you would like to write about.  Send any submissions for THE WCF EXPERIMENTER to Geoff Haines N1GY at n1gy@arrl.net. 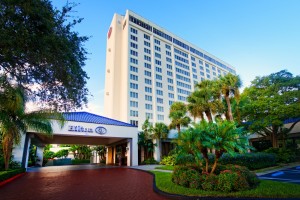 The ARRL and TAPR Digital Communications Conference is an international forum for radio amateurs to meet, publish their work, and present new ideas and techniques. Presenters and attendees will have the opportunity to exchange ideas and learn about recent hardware and software advances, theories, experimental results, and practical applications.  Topics include any area of digital communications in amateur radio technology, which continues to grow every year.

For more information including conference registration and hotel information, please go the http://www.tapr.org/dcc.  Check back there often as information for the current conference will be posted as the time for the conference draws closer.

The WCF PRESSER Issue #14 for February 2016, has just been published here on the Section website, the ARRL website, and to the ARRL Section Email List for those who are ARRL members and are signed up for Section/Division news.

For the PDF version of this newsletter and past issues in PDF format go to http://arrlwcf.org/home/the-wcf-section-presser-arrl-west-central-florida-section-news/ 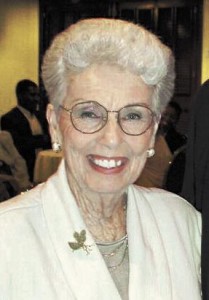 Evelyn Gauzens W4WYR, of Dunedin, FL (Pinellas County) became a Silent Key on Sunday January 31, 2016.  Gauzens would have turned 87 this week.  According to her son Alan Gauzens WA4ATF, per statements that he issued on the ARRL Information Net, Evelyn had fallen on January 1 and was recovering from the subsequent surgery following that fall.

An ARRL Life Member, Gauzens served as the Southeastern Division Vice Director for more than 20 years. The ARRL Board of Directors elected her as an Honorary Vice President in 2002. She may be best known in the wider Amateur Radio community for having co-founded the Miami Tropical Hamboree and chairing it for 45 years.

Darrell Davis KT4WX, Section Manager, said the following concerning W4WYR, “Evelyn was an inspiration to me many years back and continued to be an inspiration to me to never give up and keep going.”  The West Central Florida Section would like to extend its condolences to the Gauzens family on the passing of W4WYR and she will be missed by all.

For more information see the ARRL News release at http://www.arrl.org/news/long-time-arrl-vice-director-honorary-vice-president-evelyn-gauzens-w4wyr-sk 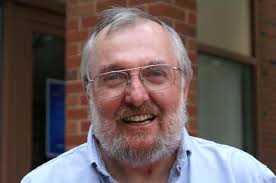 Our special guest speaker for the 2nd Annual West Central Florida Section Technical Conference, which will be held on Saturday February 27, 2016, will be Ed Hare W1RFI, Lab Manager, of the ARRL Laboratory.

After an industry career in product testing, Hare came to work at ARRL HQ in 1986. He started as ARRL’s “Product Review” test engineer, moved on to becoming ARRL’s “RFI guru” (notice his call!) and he now holds the position of Laboratory Manager. Over the years he has written quite a number of RFI articles, ranging from articles for QST and the “ARRL Handbook” to articles about the practical aspects of RFI that have appeared in professional trade journals. He is also one of the editors and authors of the ARRL “RFI Book” and the author of the ARRL’s book on RF exposure, “RF Exposure and You.” His personal operating interest is QRP CW, where Ed’s motto is, “Five Watts is a Lot of Power!” He is presently doing work on HF using 10 milliwatts, reporting 30 states worked, all in the ARRL CW Sweepstakes.

You will not want to miss hearing Hare doing the following programs:  (1) The ARRL Lab: Trials, Tribulations and (Tall?) Tales and (2) Antenna Modeling and Propagation Prediction. 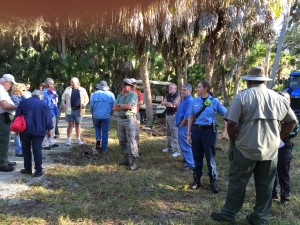 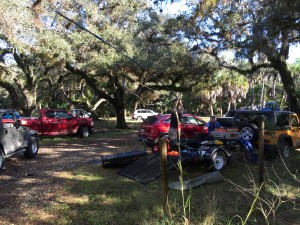 This exercise tested the capabilities and preparedness of the amateur radio operators in Sarasota County and the surrounding area and how they were able to integrate with other agencies during a disaster situation. Amateur radio operators operated not only from the field, but also from the American Red Cross, the Sarasota County Emergency Operations Center, and the National Weather Service in Ruskin. Other amateurs filled various support roles while operating from their homes.

In addition to testing inter-agency operability, this exercise offered local amateur radio operators the opportunity to test their own capability while operating from a remote area. Radio operators exercised their ability to provide their own power, antennas, and portable radio set-ups in order to establish and maintain communications throughout the scenario. Various frequencies and local repeaters were used during the exercise, including Sarasota Emergency Radio Club repeaters (145.130 and 147.390 MHz)  and the NI4CE repeater system.

The exercise proved to be a great success and many of the outside agencies were impressed by what the amateur radio operators had to offer. Using only whatever they brought with them, the amateur radio operators were able to effectively maintain communications throughout the exercise. For the ham radio operators involved in the exercise, “Amateur radio, when all else fails” was more than just a slogan. This exercise proved that they could effectively establish emergency communications without the use of traditional telephone, internet, or other infrastructure which might be compromised or otherwise unavailable during a wildfire situation.