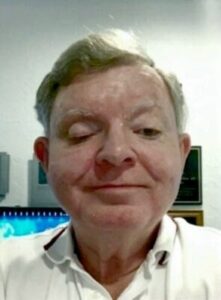 Edwin “Ed” Allen WA4ISB, one of the founders of the NI4CE Repeater System, became a Silent Key on Saturday April 16, 2022, after a brief stay in hospice care.

First licensed as an amateur radio operator in the mid 1960’s, Ed was co-founder of the Sarasota Emergency Radio Club (SERC) in 1976, and continued to remain active with SERC.  In 2001, Ed helped to create the West Central Florida Group Inc. (WCFG), which today operates the NI4CE Repeater system.  Ed, with his various relationships in the broadcast radio industry, helped WCFG to find and secure the sites they use today for the various NI4CE repeaters.  Ed also served as trustee for the NI4CE Repeater System, until recently stepping down from that role to be succeeded by Matt Copeland NC4FD, the current trustee.

Even though Ed worked professionally as a certified broadcast engineer for decades, he never lost his passionate interest and pursuit of amateur radio.

In his professional carrier, Ed was a certified broadcast engineer for numerous AM and FM broadcast stations since the late 1960’s, and recently retired from Cox Radio Tampa Bay as Chief Engineer for over 20 years.

It was Ed’s stated wish that in lieu of flowers or similar tributes, donations should be made in Ed’s memory to the West Central Florida Group, Inc.  There will be a Celebration Of Life for Ed on Saturday, May 14th, 2022 from 1200 until 1400 at Ed’s home in Sarasota.  The address information and any other details about the Celebration of Life will be available on the West Central Florida Group website at https://ni4ce.org.