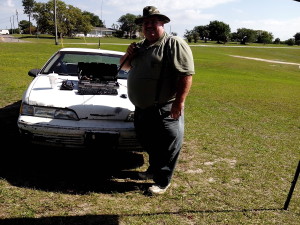 Darrell had been fascinated with amateur radio since seeing old issues of QST at a used bookstore in Winter Haven, FL in 1983, when he was 14 years old.  Darrell was first licensed in May 1989, as Novice class (no longer issued) with a callsign of KC4KGN.  Darrell upgraded to Technician class in July 1989, upgrading next to Advanced class in April 1990, skipping General class.  Darrell changed callsigns to KT4WX, which was sequentially issued and is not a vanity.  Then on April 15, 2000 upgraded to Extra when the next to last license restructuring took place.

Darrell’s full biography is on his website at http://www.kt4wx.org